Kanye West (has he left the building?) 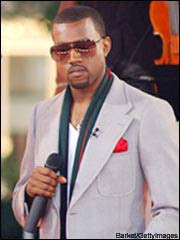 Although the rappers new album '808's And Heartbreaks' is number 6 on the Billboard Albums Top 100 list, the question on everyone's mind is 'has this boy lost his damn mind?' Granted Mr.West has suffered a terrible lost when his mother passed away in 2008 due to surgical complications, but the new album has many fans with heads down . With tunes filled with sorrow and pain such as 'Coldest Winter' and 'Heartless' the rapper has definitely been hurt. Rumor is the heartbreak was caused by a certain video model that appeared in the 'Flashing Lights' video that left him high and dry. But since I don't resort to the rumor mill we'll just leave it as a mystery. While the CD isn't a complete failure. My question for you Kanye is, when exactly do you plan on going "hard". I hope and pray its soon but we cannot deny that the boy has a gift. I mean who could use a voice synthesizer and a few drums and keyboard sounds and sell 1.3 million copies on iTunes? 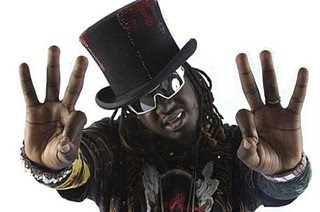 Oh, yea.. oops. Well props to my man T-Pain he has every body doing it. Its apart of Hip Flop now :) Oh yea you can use it . Well here is a song I actually enjoy off the "Heartbreak' album. Enjoy.