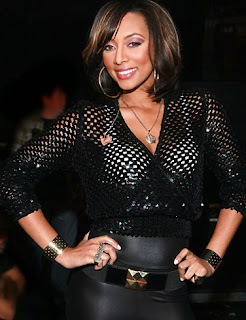 Just a day after knocking Beyonce down she's after your butt too. Featuring Kanye West and Ne-Yo. She's trying to come hard after getting some attention after "shooting the sheriff". She's not trying to knock down anyone in this song but just saying sometimes love knocks you down.

Too bad she didn't come harder because the only good part is when you get to hear Kanye rap. I'm just so happy she didn't let that fool sing on this track. It does get in a nice groove towards the end right after Kanye. It's not bad but it's nothing huge.