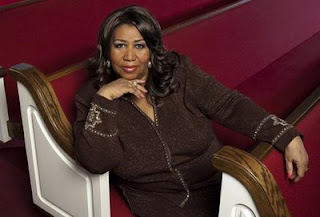 This song is from the movie soundtrack "Sparkle". Written and produced by Curtis Mayfield and all songs were song by the one and only Queen of Soul Aretha Franklin. The movie version is good and sexy and later En'Vogue paid tribute to the movie and did a hell of a job but none of those versions come close to Aretha's version. She invokes feeling into this sucker and breaks it down for you.

In this time Aretha's voice was so flexible she could make it do what ever she wanted. From the high screams to the low down dirty notes. The arrangement of this song is first class. First that killer bass line comes in than the background singers and when you think it can't get any better Aretha's voice comes in as smooth as hot coffee on a cold Chicago night.

Something He Can Feel - Aretha Franklin
Posted by afreshmusic at 5:32 AM