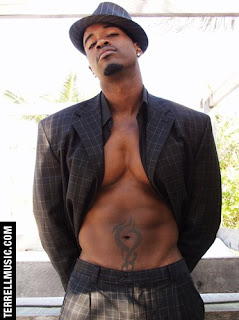 If Jennifer Hudson had a vocal brother it would have to be Terrell Carter. Like Jennifer Hudson he's also an actor. You may have seen him in several stage productions of Tyler Perry; Diary of a Mad Black Woman" the movie," Madea's Class Reunion", " Meet the Browns" and "What's Done In the Dark".

His vocal range is out of this world and his tone makes you go back to the days of Teddy Pendergrass.

Hear him sing "Better Than"

Posted by afreshmusic at 3:55 AM