Was Keri Hilson dissing Ciara too? 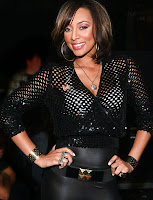 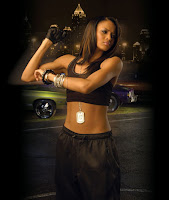 As you know we don't do gossip here on thefreshmusicpage.com. We are about the music but what happens when it's gossip about music...well we do that *smile*.

I first blogged about Keri Hilson dissing Beyonce but I never mentioned Ciara because although I saw that reported at several other blogs I didn't hear any mention of Ciara. I seen one report saying that she hints at Ciara when she says "yeah you can sing" but I still believe she was saying yeah Beyonce can sing (not true) and dance together. Some say she mentions Ciara when she say "you fading". Now that was very true until her recent single which is picking up steam.

Conclusion I fell to see enough evidence to say she was dissing Ciara. I think that this must be Ciara's people way of trying to compare her to Beyonce. Seriously in the R&B/Pop world Beyonce is the top dog. She is as Keri Hilson would say "the sheriff". I wouldn't put Ciara in the same category as Beyonce but than again I wouldn't Keri Hilson in the same category of Beyonce. Keri Hilson and Ciara are actually in the same damn category in my book. However, I heard Keri Hilson be compared to the Cheetah Girls, That's So Rave and Clay Aiken. I even had to laugh out loud for that.

Here go the song again. Please tell me if you hear Keri Hilson dissing Ciara. I want to know.