CASSIE WANTS TO GROW UP TO BE BRITNEY SPEARS? 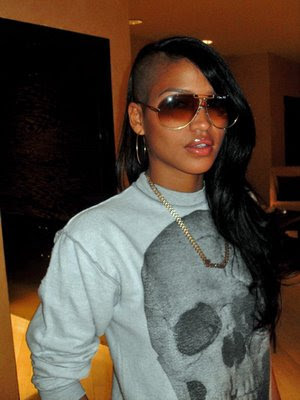 Britney Spears first cut off her hair and it got so much attention from the media. Cassie cut half of her hair bald and this tiny blog finally decides to write about it because there is nothing else for me to do. Damn!

As the character Tasha Mack said from the TV show 'The Game': "Every time a black woman cuts her hair a little black girl cries."

P.S. Just because we are fair and unbiased not that I have to be since I'm not a journalist, just a small blogger. I will help with the promotion of you. Look out for Cassie's new single 'Must Be Love' featuring the one and only the black Prince of twitter Diddy! The single if from her upcoming album 'Electro Love' 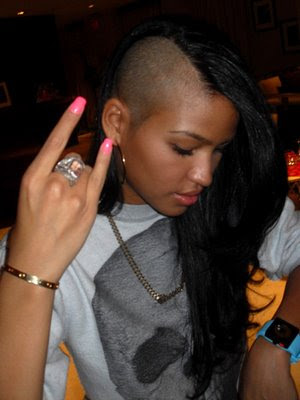 Posted by afreshmusic at 8:01 AM