DAMN WHERE YOU BEEN? - VAN HUNT TO RELEASE NEW ALBUM 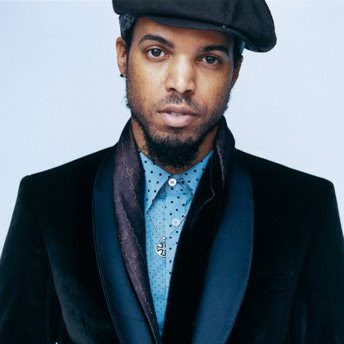 Grammy Award winning R&B singer Van Hunt is gearing up to return to mainstream, after re-shaping barriers as an independent artist.

Hunt’s last release was a 4 track digital EP, The Popular Machine, back in summer 2007. During the same time, he announced a full length album, Popular, but the record never saw light due to problems at his record label Blue Note/EMI.

Hunt later stated that the label owns the master recording and opted not to sell it back to him at an affordable price, and he "didn't think that they had enough money" to promote the album properly.

Now on his own schedule, Hunt plans to release a new self promoted CD May 8th

"I'm thankful for your patience during the wait for new music,” Says Hunt “I've been working on a brand new collection. It's close, but not quite ready. In the meantime, I'm offering a salve, a few rare items from the vault. I picked them out myself and named them 'Use In Case of Emergency.'”

In addition to making new music, Van Hunt has also been busy penning a novel, short stories, producing music for some other artists and doing other things to “stay out of trouble.”

Use In Case of Emergency will be available on May 8th only at www.vanhunt.com

Van Hunt is one of my favorite extremely underrated R&B artists. So, I'm very happy for his return.
Posted by afreshmusic at 5:24 PM

Email ThisBlogThis!Share to TwitterShare to FacebookShare to Pinterest
Tags: damn where you been, I'm diggin' it, MIA, new music, underrated, Van Hunt