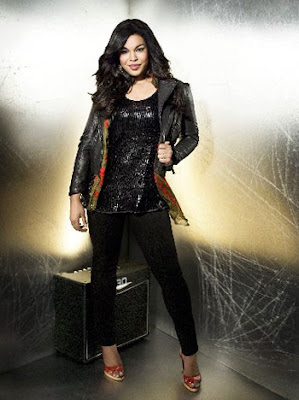 *UPDATE* LISTEN HERE
American Idol winner Jordin Sparks is prepping her sophomore release and according to music insiders (I always wonder who is the loose mouth insiders), a song titled "Battlefield" will lead off the album.

Jordin is set to perform "Battlefield" during the Top 3 results show on American Idol.

A few months ago Sparks updated fans via her YouTube profile, stating that they can look forward to seeing more “upbeat” dance tunes on her second album, which will sound more like Beyoncé meets Rihanna. (That's interesting how the hell will that sound since she can actually sing?)

Sparks’ self titled debut album is certified platinum in the U.S. The disc produced hit singles “Tattoo,” “No Air” featuring Chris Brown, and “One Step At A Time.”
Posted by afreshmusic at 12:37 PM