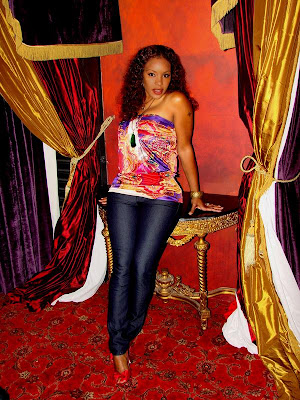 Here is a modern taste of soul from Lina. "Smooth" was off her debut "Stranger on Earth" on Hidden Beach Records (the home of Jill Scott).

Lina released her third album independently in February 2008 on her label, MoodStar Recordings. Morning Star delivers an easy-to-listen treasure of music that satisfies track after track. Lina penned every song on the 17 song album. Fun dance cut (that already has people stepping to), “Feel The Love” is the first single. Personal anthems can be found on "Wake Up" and "Breakthrough" and on the critics choice, "Good Day."

Check Lina out on myspace