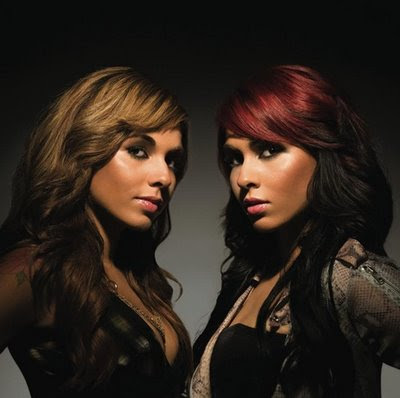 Nina Sky gets a big "Damn! Where you been?!"

Most people probably don't even remember Nina Sky. Their one and only album came out in 2004 and along with Sean Paul helped move Reggaeton into mainstream. Well at least for a little bit of time anyway. Soon afterward the twin sisters Nicole and Natalie disappeared and they weren't really missed.

It was rumored in 2007 that Nina Sky would release an album but that never happen. Here it is 2009 and here these chicks come with an album that was suppose to come out in 2007. They did change record labels though: from Universal to Jrecords. Although with other singers in the urban market vying for attention such as Jazmine Sullivan and Jennifer Hudson, I'm doubtful of their success.

However, I kind of like the song. It's danceable, has a nice beat and I could hear it in the club. Not a hit by any means. They do look good though.

On Some Bullshit - Nina Sky
Posted by afreshmusic at 10:59 AM