WHO IS LEON WARE & Why you should know him 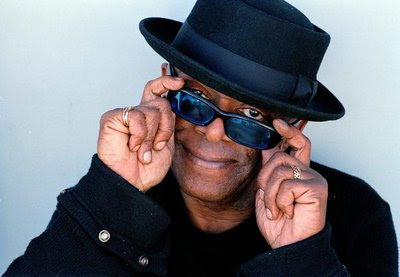 I admit I am sometimes "Mr. Know It All" especially when it comes to soul music. However I admit I didn't really know who Leon Ware was. I have heard his name before but he's not one of the majors songwriter/producers that you often hear like: Jerry Wexler, Holland & Dozier, Norman Whitfield & Barrett Strong, Carl Davis or Al Bell.

Just because Leon Ware isn't mentioned among those great soul songwriters/producers don't get it twisted. He still has a resume that reads like people dreams. Writing a hit R&B single for a young Michael Jackson in 1972 Crafting an entire album with friend Marvin Gaye in 1976 "I Want You".

Leon Ware has worked with everyone from Diana Ross to Maxwell.

You just don't get on thefreshmusicpage.com just because you have a resume I dream about. At the end of the day it's about what you can do. This is a place for singers. So if you're a producer like Ashford & Simpson or Smokey Robinson and of course R. Kelly or Ne-Yo, this is the spot!

Leon Ware may not be like those other singer/songwriter/producers I named hit wise but he does have the talent. He crafts fine soul music check out 1976 "Musical Massage". You can hear where Marvin Gaye got a lot of his later sound from. The vocals smooth and sensual but the soul still intact.

Fast forward to his latest release and Leon Ware is still smooth and sensual. He's one of the few soul men that updates their sound and doesn't sound like he's still dated. You would never be able to tell from his new album on Stax/Concord Records that the man is 69 years old! The album "Mood Ride" released in 2008 should be owned and heard by every artist.

Moon Ride
Posted by afreshmusic at 8:50 AM