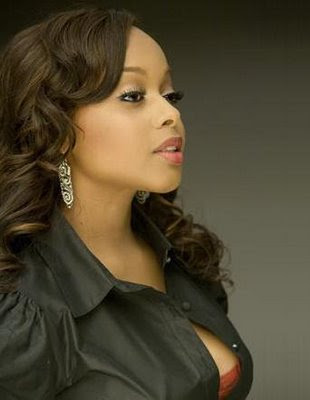 Chrisette Michele scored her first no.1 album selling 83,000 copies according to Billboard. This is a correction from yesterdays post. I originally wrote that she was in chase of the number one spot after beating Ciara but the fact of the matter is that, Chrisette Michele is number one, Hannah Montana soundtrack #2 and Ciara #3.

Epiphany," a follow up to Michele's Grammy-winning debut, features collaborative efforts from Ne-Yo, Claude Kelly and Bei Maejor including the lead single of the same name ("Epiphany").

Ciara's career on the other hand is not looking well at all. Ciara is mostly considered a "Pop" artist meaning Popular music and selling just 81,000. Ciara's debut album sold 125,000 and her 2006 "The Evolution" sold an astounding 338,000 in their first week.

Could this be an wake up call to the music industry? They will possibly ignore this call considering billboard has also reported that Chrisette Michele has the lowest selling #1 debut in Nielsen Soundscan's 18-year history.

However, considering Chrisette Michele is a Soul artist and not a "Pop" artist. These numbers are great and she deserves another congratulations from The Fresh Music Page.
Posted by afreshmusic at 6:41 AM