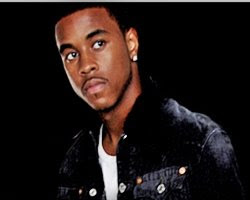 Fellow Chicagoan Jeremih or as a friend that attended High School calls him Jeremy (he swears Jeremih is his "stage name". I don't know because I don't know him personally from Bob down the street. Anyway I use to hear this song all the damn time on the radio and I'll be honest I use to just change the station.

Birthday Sex has already been a local hit here in Chicago and shit I've really just had way too much of my share of hearing it. However, I can't be mad that a local is about to get some shine. I also avoided because I thought it was possibly way too much auto tune until I recently found out his voice actually just sounds like that. Some weird shit but true story!

Jeremih is now signed to Def Jam and has a remix with Tearia Marie. I just hope he can follow it up with some good music. Hope he don't pull a disappearing act like my boy Dave Hollister. That makes me ask...Damn where is Dave Hollister?

Back to Jeremih/Jeremy from Morgan Park High School on the Southside of the Chi. Good Luck with that homie

Posted by afreshmusic at 8:36 PM