MORNING CUP OF SOUL - THE EMOTIONS - ME FOR YOU 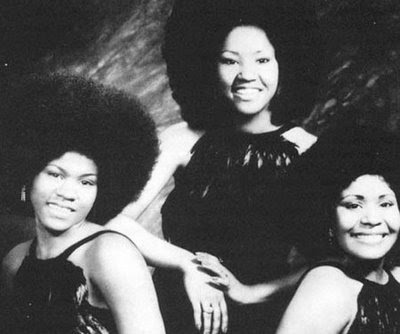 A friend and blog reader Dee suggested the singing group The Three Degrees for the Morning Cup of Soul. Their day will come soon but as soon as she mentioned I thought of The Emotions.

The Emotions have inspired everybody from Mariah Carey to The Jones Girl. The Emotions had the best harmony in all of soul music. You can put up any female group and I'll still take my fellow South Side of Chicagoans. These three sisters from the windy city can sing it all from gospel to disco.

"Me For You" was a cut (got to use that old school slang) from their album "Flowers". The big hit on the album was "I Don't Want To Lose Your Love" in 1976. "Me For You" may have never been a single but it shows you the type of quality you received when you bought an album in the 70's. This song is well crafted and the vocals are simply untouchable.

Posted by afreshmusic at 5:26 AM