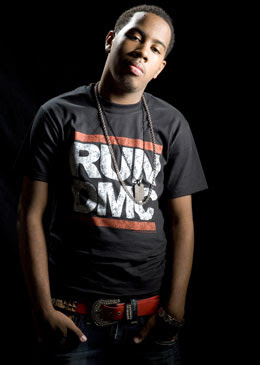 The son of legendary rapper Rev Run and founding member of Run DMC, son was arrested.

Jojo Simmons, 19, got caught buying marijuana from a street pusher on Wadsworth Ave. in Washington Heights and made things worse by getting rough with the officers, police said.

They said Jojo was behind the wheel of his BMW, which has "JoJo" embroidered on the head rests, rolling a joint when the narcs came up and knocked on his window.

He jammed the car into reverse and tried to flee but slammed into a parked car. He then tried to go forward but hit another parked car, police said. Jojo then went to Plan B, fighting with officers, said police.

He was charged with attempted reckless endangerment, criminal use of drug paraphernalia, resisting arrest and criminal possession of marijuana.

Jojo appears on his father's MTV show "Run's House" and is the nephew of Def Jam Records co-founder Russell Simmons.

Posted by afreshmusic at 4:13 AM