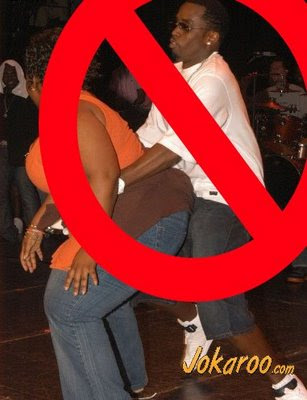 As Diddy was approaching his millionth twitter followers a movement was beginning to take place on twitter. It was the #unfollowdiddy movement and it swept through twitter like hurricane Katrina! It was all started by @FoxxFiles and as soon as Diddy reached a million with a blink of an eye he was under a million again. Eventually Diddy or as he is known on twitter @iamdiddy regain his status as a person with a million followers but the damage was already done.

Diddy eventually lashed out with a couple of crazy tweets. First he called the people that unfollowed him and gave reasons why you should too name’s. He called them haters said their breath stank and they were liars. It went from a very funny joke on a celebrity into a celebrity having a mini break down for all eyes to see.

Like the asshole I am, I had to participate in the #unfollowdiddy movement. Here are my reasons: I was bored it was after midnight central time and most of all it was funny as hell! Most of the reasons why to #unfollowdiddy were based on the truth.

@afreshmusic: #unfollowdiddy because Diddy loves you like he love Kim Porter

@TheRealAaronJ: #unfollowdiddy because 112 isn't just their name its their account balance

Uncredited: #unfollowdiddy because he screwed up Carl Thomas career

#unfollowdiddy because Mario Winans could actually have a career.

#unfollowdiddy because Danity Kane should still be a group

#unfollowdiddy because he made Cassie shave her hair instead of D. Woods her Mustache.

*UPDATE* Remember it was I who started the Say No To Oprah Campaign which did not catch on at all. I guess since Diddy is a jerk it made it easier.

Posted by afreshmusic at 2:33 PM