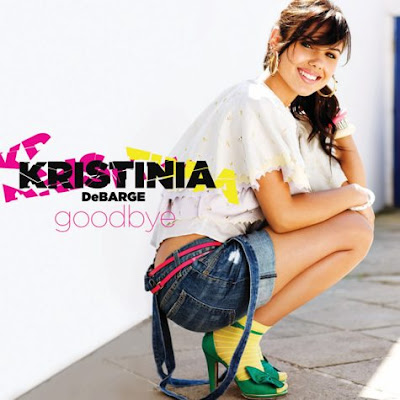 I didn't know there were another DeBarge? Well technically she's a DeBarge, she's the daughter of James DeBarge.

Kristinia DeBarge has a single out "GoodBye" and I have to admit I like it (I also admit I find her attractive). I'm not much a pop music guy but this song caught my ear. I'll admit at first it was the name that caught my eye but it just made me expect for the worse. I was thinking it would be something like Taka Boom (Chaka Khan's sister). Something thrown together in a "studio" that really is someone's computer room. You know what I'm talking about.

She's a cutie with a sweet little voice and if you like pop music, I say give her a listen. Here is her video....YES she has a video too! "Goodbye" is also available on Itunes.

"Goodbye" Official Video - Kristinia DeBarge
Posted by afreshmusic at 8:07 AM