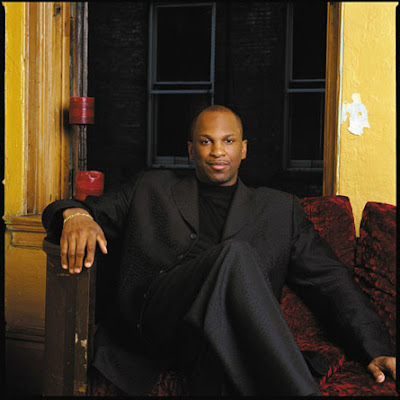 I originally wrote a partial review on the Chicago Gospel Festival (The June 6, 2009). The half that I saw was action packed with great singers and musicians praising the Lord above. However, I was not 100% pleased with the star of the evening Donnie McClurkin. Never have I been so disappointed in an artist especially at a concert that I didn't have to pay for.

In my June 7, 2009 post I praised how well organized the Festival was and even praised Donnie McClurkin. I again stand by what I originally said: "He gave a very good performance and he has an incredible voice but he was a big letdown all at the same time."

Let's start with the positive. He brought out Gospel Diva Karen Clark-Sheard and she performed a duet with him "Wait On The Lord" from his new album. That was a huge surprise to bring out one of the top female Gospel Vocalists out. Her sister Twinkie Clark has always been my favorite of "The Clark Sisters" but Karen made huge gains from that one performance alone. Donnie of course match her note from note until it came to those runs and riffs that she is known from. You just can't do anything with that except move out the way (especially if that isn't your specialty).

THE BIG LETDOWN
Donnie McClurkin refused to sing any of his famous songs. He kept pushing his newest album "We All Are One". Singing songs from the album and continuing saying that the spirit was working. What he meant by the spirit is working is that he doesn't run on any set list. Several people moaned and groaned while he was pushing his new album. These are people that first started out praising him.

When Donnie first stepped out on the stage, the audience burst into a roar. I thought I was in Grant Park Chicago witnessing Barack Obama win the election again. A man next to me that barely said anything all night proclaimed: "That man is the truth, he is annoited!" When I didn't respond, he said again: "He is annoited! You don't believe me? Watch, just watch! No, no, no just listen!" I don't like to throw the word annoited around because to me that is a serious word and I'm not sure if I have the proper tools to proclaim who is annoited or not. However, I smiled and shook my head at the man to let him know I heard him.

As soon as Donnie opened his mouth I felt something move in me. Well, if he's not annoited he surely is gifted by the great God above. His tenor so smooth and rough at the same time. He's able to reach the highest of notes without breaking a sweat. He has a passion in his voice that says "I love the Lord and I love giving him the praise." It's just so sad that Donnie was listening to "the spirit". I believe it was a "spirit" alright but it was a selfish and possibly even gready spirit.

I understand as a artist you need to get the word out about your music but to ignore your audience. No, I didn't pay to see you but you were paid. If the City of Chicago paid you, I'm sure I paid you somehow. How do you not sing the songs that got you where you are?

Most people wanted to hear 2 songs from you: "We Fall Down but We Get Back Up" and "Stand". I felt so sorry for the young lady that stood there leaning on this wall we were standing by. Saying how she never thought she would see him in concert and all she wanted was for him to sing "Stand". I felt sorry for the guy that proclaimed that you were truth and get quiet once again. Donnie McClurkin of course couldn't see or hear these people but I hope this finds him. Maybe "the spirit" will tell him. You disappointed some of your true supporters by listening to your greedy spirit.

Donnie McClurkin at the very end stated he only had 3 minutes left. That's when an older lady standing next to me said: "I have his CD at home and I can listen to Donnie McClurkin sing stand at home". The lady did what many of us should have done that you disappointed, she left and went home. Instead I stayed because I'm like surely this man with 3 minutes left will sing one of the two.

Just like I predicted the music for "Stand" came on. The crowd roared again but the music kept going and he continued to talk and not sing. He continue to tell us how he had to go. I was thinking "where the hell are you going, you better sing the damn song!" He then brought Maurice Griffin on stage and gave him the mic. The young man has a nice voice but it wasn't Donnie McClurkins voice. Griffin did all these runs and riffs that I thought I was at a Beyonce concert (that was not a compliment). It had no real soul and no meaning, the guy was just showing off his vocal abilities. I'm usually a sucker for a great high note but at this point I just wanted to sucker punch him in the face (how Christian of me, right?). At the very end of the song Donnie McClurkin took over the song. He sang a few bars of the song and the show was over.

You dirty, dirty man! I would have bought his album but now I'm considering a bootleg version!
Posted by afreshmusic at 3:41 AM