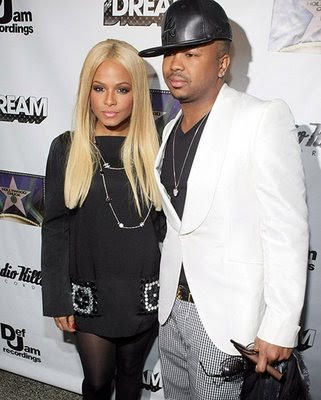 According to S2S magazine The Dream confirmed that he was engaged to Christina Milian. This will be the first marriage for Christina and the second for The Dream.

While on our way inside DAR Constitution Hall Thursday night to see the Washington, DC, leg of Keyshia Cole’s A Different Me tour, S2S ran into lovebirds Terius “The Dream” Nash and Christina Milian. They told us they’re getting married and planning to have an engagement party in the Bahamas. Keyshia told us backstage that she wanted to give The Dream and Christina a shout-out during her performance, but she wanted to wait until they said something first. Well, they’ve said it, so it’s official! Congratulations to the happy couple! The Dream was once married to R&B singer Nivea. The couple has a daughter together. This will be Christina’s first marriage.