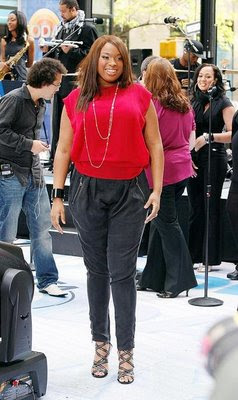 A weekend baby shower in downtown Chicago confirmed what has long been rumored: Jennifer Hudson is pregnant.

“It was a baby shower, a quiet gathering of friends and mostly family,” singer/actress Felicia Fields, a longtime Hudson friend, said of Saturday’s get-together in a relative’s home. “They’re really trying to keep it kind of quiet.”

"It was a nice time that we had," Fields said of the shower. She didn’t want to get into when the baby is due, but speculation is that Hudson is many months along—an impression bolstered by her appearance of late.

As for whether Hudson received blue or pink gifts, Fields said, “They don’t know [the gender]. More yellow.”souce: Chicago Tribune