MORNING CUP OF SOUL - Miki Howard - Ain't Nobody Like You 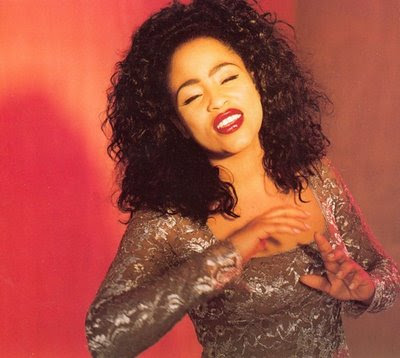 Grammy Nominated (my fellow Chicagoan) songstress Miki Howard had 7 top ten R&B hits from 1986-1992 and 2 #1's. However, for some strange reason in 1992 saw the end of her success. She was a classic soul singer in the form of the legendary Chaka Khan even though her record label wanted her to be the new Whitney Houston.

"Ain't Nobody Like You" climb to top of the R&B charts in 1992 and stayed there for a week. It was off the album "Femme Fatales" which also included another single "Release Me" that stalled at #43 on the R&B charts. Miki Howard continue to make music but after the early 90's she disapeared from the public eye.

For more about Miki Howard's career, I found a wonderful website. I tried to find her official website but it seems to be "offline". However Soul Express offers a wonderful and detail look into the musical career of this 80's & 90's Soul Diva.
Posted by afreshmusic at 5:20 AM