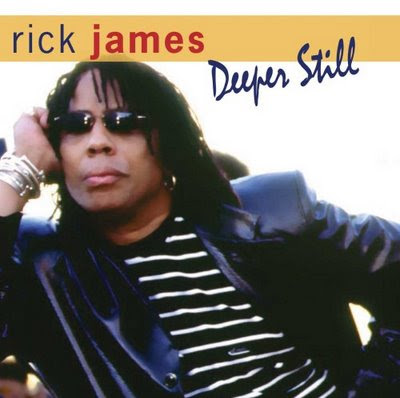 This is a straight jam! From the Rick James album "Deeper Still" released in 2007. Rick James died in 2004 but this album wasn't released until 3 years after his death and went mostly unnoticed. I don't know what hurdles the record label had to cross to release this but it's a shame that they couldn't release it earlier.

It really was a solid album from a Funk legend and I'll have to write a review of the album later. On the song "Do You Wanna Play" it teams Rick up with contemporary's Howard Hewitt and Johnny Gill. It has a groove like "Secret Garden" with hints of "Ebony Eye's". It's so modern that it could be released today as a single and climb the charts! Rick is in fine voice, Howard Hewitt slips into falsetto reminding one of the great Smokey Robinson and Johnny Gill brings the strong vocals like always!

Posted by afreshmusic at 7:18 AM