MORNING CUP OF SOUL - SHANICE - TAKE CARE OF YOU 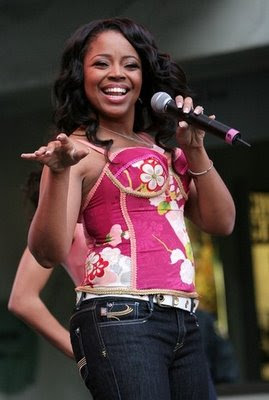 Shanice is extremely underrated. Still, she is one of the few people that has been able to find some success both as a "Teen-Act" and as an adult. She started recording in 1987 and is best known for her huge hit "I Love Your Smile" in 1991 which was a #1 R&B hit. As an adult Shanice would recieve her first Top 20 hit on the Pop chart in 1999 with "Saving Forever For You" and again garner success with "When I Close My Eyes".

After a rather long hiatus she would return with "Every Woman Dreams" (2006) which is a regular on the playlist in my house but failed to garner any commercial success and barely charted on the R&B side. Debuting at #30 on the R&B chart and #194 on billboard 200.

Usually artists that are this underrated, suffers from bad material. This is not the case and it absolutely wasn't the case with her 2006 release. Her voice is a magnificant instrument which is often compared to Mariah Carey's vocal range. Mostly because it's the top of her range that recieves awes and much praise. Her ability to reach the Seventh Octave (more commonly referred to as Whistle Register) seperates her from many and puts her in a group of almost royal singers. A group that includes not only Mariah Carey but Minnie Riperton, Rachelle Ferrell, Deniece Williams, Angela Winbush and Betty Wright. Shanice like those ladies are not all high notes but she has substance to her music.

Posted by afreshmusic at 7:48 AM