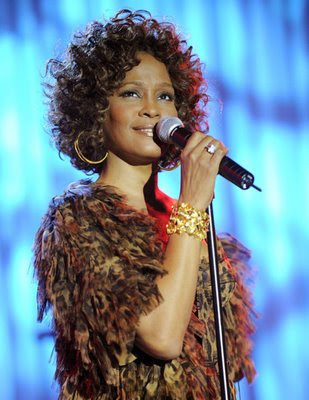 Whitney Houston simply ruled the late 80's even up until the mid 90's. When she came on the scene there was no other like her. She had the voice, the look and Clive Davis as her mentor. Not to mention legendary singer Dionne Warwick for a cousin, legendary background singer Cissy Houston for a mother and the one and only Queen of Soul, Aretha Franklin as a God Mother!

Usually people with that type of background fall flat on their face but not Whitney. She soon stepped out of the shadows of her background and was no longer known as Dionne's cousin but as one name only, WHITNEY!

When "Where Do Broken Hearts Go" went to #1 in 1988 it marked her seventh consecutive #1. A record that beat out both Elvis Presley and the Bee Gees

Posted by afreshmusic at 6:18 AM