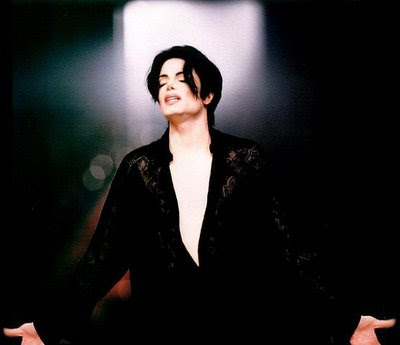 I am truly musically heartbroken and only true Michael Jackson/music fans would understand. Michael Jackson was The King of Pop and possibly the most innovative performer in the history of the world. A magnificence dancer that puts him in categories of the greatest of all time dancers such as Fred Astaire, James Brown and Jackie Wilson. A voice that had both grit and sensitivity that puts him on legendary status with such icons as Marvin Gaye and Sam Cooke. The ultimate songwriter that created classics that people of all ages sang.

Michael Jackson music will live forever. It is already living through other artists that pale in comparison to the original. Look to the next generation of Usher, Justin Timberlake and Ne-Yo. It's really a joke to even try to compare them all rolled up to the great man of Pop music. However, one must realize that from their falsetto to their glide across the floor were all inspired by Mike.

Posted by afreshmusic at 5:57 PM