A Night Off (Song Review) 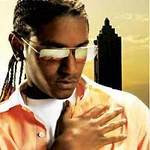 Now I know this site is completely Anti-Drake and I wouldn't have it any other way because he is so not hott anymore. But in this particular song he made a huge mistake. He let another artist on his track that has a bit more rank and well talent than he does. Lloyd. Now usually this boy does a hell of a good job whining on songs, but he actually did a wonderful job on this track . His vocals were decent for Lloyd, but drake could use some auto-tune or something cause the brother was struggling ooposite of Lloyd. He sounded like he was in the shower on the track ... well anyways the song is definately nice, well Lloyds part at least .... Drakes lyrics were okay I guess ... here goes it and until next time .... Keep It Fresh!