The Queen of the Blues Koko Taylor Dies at 80 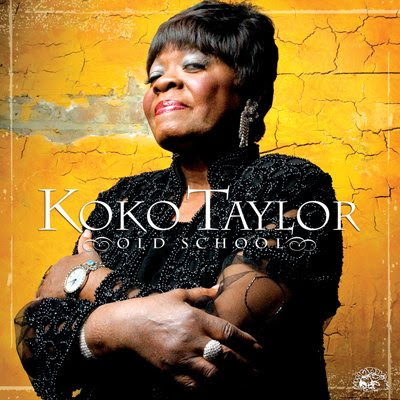 When I heard about the passing of the legendary Blues singer Koko Taylor, my heart broke into little bitty pieces until I turned on her hit "Wang Dang Doodle". Koko has that effect on any heart broken person.

Who would think a blues singer could make one feel better? If they do it correctly, it is possible! You feel better because you know that you're not the only person that is feeling heartbreak. You feel better not because misery loves company but because there is someone out there that knows your pain. That is why Koko Taylor is The Queen of Blues.

Many people get caught up in how many #1's an artist has had or how many million sellers they have had and forget about the talent. The talent and the duty of a REAL singer to reach out and touch the listener. To walk you through a story and relate to you. That is why Koko Taylor is and was The Queen of Blues.

Grammy Award-winning blues legend Koko Taylor, 80, died on June 3, 2009 in her hometown of Chicago, IL, as a result of complications following her May 19 surgery to correct a gastrointestinal bleed. On May 7, 2009, the critically acclaimed Taylor, known worldwide as the “Queen of the Blues,” won her 29th Blues Music Award (for Traditional Female Blues Artist Of The Year), making her the recipient of more Blues Music Awards than any other artist. In 2004 she received the NEA National Heritage Fellowship Award, which is among the highest honors given to an American artist. Her most recent CD, 2007’s Old School, was nominated for a Grammy (eight of her nine Alligator albums were Grammy-nominated). She won a Grammy in 1984 for her guest appearance on the compilation album Blues Explosion on Atlantic.

As always in times like these The Fresh Music Page thoughts and prayers are with Koko Taylor's family, friends and fans. May her music forever live!
Posted by afreshmusic at 7:10 PM