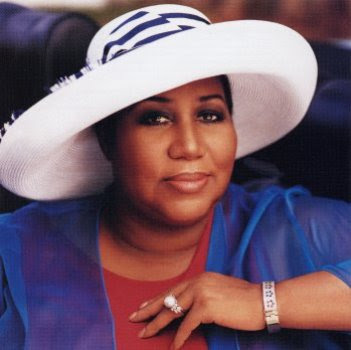 The legendary Queen of Soul, Aretha Franklin was recently interviewed and named a few modern soul singers as her favorites: Chrisette Michele, Fantasia, Jill Scott and Raphael Saadiq are some of the Queens favorite. She also mentioned she likes the music Ne-Yo writes.

She also told KPCC Southern California Public Radio that she has the same range as when she was 16! She says due to her change of diet she has regained a lot of her range she lost.

"My voice is very much the same as it's been all the way along...but it's better now that it's changed my diet. And range that had diminished a little...came back when I changed my diet. I was eating alot of the wrong things: like alot of chocolate, spicy foods and coke's...everything I was eating was what I shouldn't have been eating and drinking. It was giving me something called reflux, and it was affecting my vocal chords. I was losing range and I couldn't understand why. So I eliminated those things out of my diet. All of the range I had when I was 16 has come back."

Aretha also talks about being a boxing fan. One of the many reasons why I love the almighty Queen of Soul. May the Queen of Soul forever live!
LISTEN BELOW

Posted by afreshmusic at 8:14 AM