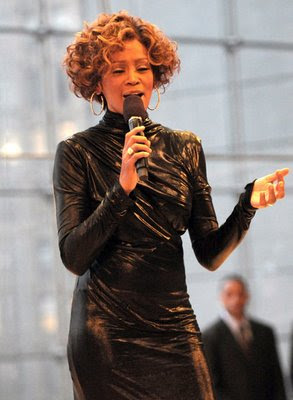 Whitney was said to be very up beat and appeared happy by her standing ovation reception. One song is so good that Martha Stewart got up to dance...I would pay money to see video of that!

Also listen to 36 second of pure bliss. This song was written by R. Kelly and is sung powerfully by Whitney Houston. "I Look To You"

Posted by afreshmusic at 1:30 PM