Hollywood or what I like to call it, "Hollyweird" gives me so much to write about, laugh about and want to slap them about. Black hollyweird is just as nuts as mainstream hollyweird! 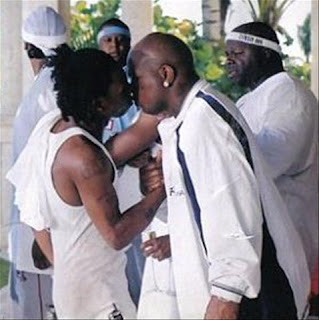 Lil Wayne disses Michael Jackson by calling him a "fag" while broadcasting live from his Ustream. However, this comes as a surprise to me. How is Lil Wayne calling anyone a homosexual? Could this be a case of it takes one to know one? I don't think that is the case at all. Lil Wayne is more than likely homosexual and his ignorant impregnating of many women at the same time is the huge cover up. You see back in the day Lil Wayne shared a passionate kiss with fellow rapper Baby. I think Lil Wayne is hiding his homosexuality. Disrespecting a recently passed Legend such as Michael Jackson is a cheap way of reflecting what Lil Wayne knows inside. 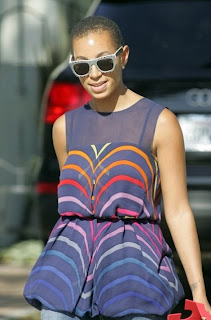 Solange (Beyonce sister) cuts her hair...chick shaved it off. I paid little attention to it until she tweeted this on twitter: "i. just. wanted. to. be. free. from. the. bondage. that. black. women sometimes. put. on. themselves. with. hair." Ok, so now Solange is going to get deep and philospical on us why she cut her hair? Are you really buying it? This is what is say: "Yeah ok Solange wanted to be free from bondage? Come on don't try to be deep. I respect it's your hair/weave but don't try to get deep on stupid shit." Not many of my followers found the humor or to me the stupidity of her tweets. Like I said this is...THE SHIT I DONT UNDERSTAND. 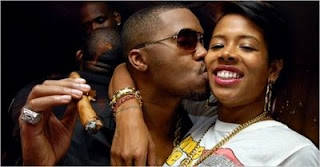 Nas and Kelis are no strangers to this feature (The Shit I Don't Understand). As you may or may not know..Nas and Kelis are going through a nasty divorce but Kelis and Nas were expecting a baby together. Well, Kelis had the baby and named him "Knight Jones". (I def. don't understand the name but...). That's not the shit I don't understand: Reportedly Nas was first denied to see the birthing of his child but eventually he was present but he was drunk? Well, now I know why Kelis didn't want you there because you were drunk. It's just amazing to me that Nas is suppose to be the self consicious rap artist. Talking about men being responsible for themselves. Looks like Nas needs to take his own damn advice. 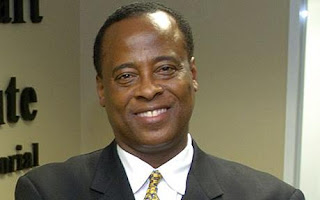 Lastly why did Michael Jackson doctor kill him? Ok, I don't know for sure but all evidence is pointing that Dr. Murray had much more to do with the death of Michael Jackson than he originally lead us all to believe.

Posted by afreshmusic at 1:27 PM