Listen To Memoirs of An Imperfect Angel By Mariah Carey & Review 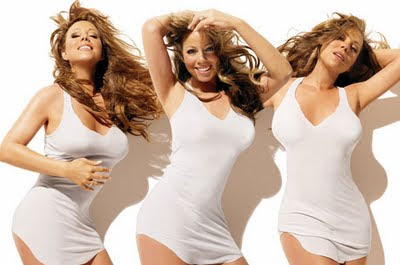 9/29/2009 is a special day well actually it's a really special day because it's my birthday today but it's also the release date of Mariah Carey's album.

I know all the lambs (her fans) are very happy but from what I heard it is soulless. Mariah goes for the ballads that dominated her early 90's career. However, these are simple and she has no connection to these batch of songs. It's like an album full of filler songs. Nothing really stands out and her voice is very airy and lifeless. The songs might be slow but these are not the power ballads that she was known for. It doesn't put her back in touch with the mega success Mariah Carey.

I was really hoping that Chicago Suntimes critic Jim DeRogatis was wrong but damn near everything he said is spot on. If you are a true Mariah fan, you won't care what any blog or critic says because I'm sure she could sing the phone book and you would be amazed. I understand because we all have our favorite artists. I'm sure you will defend her with all your might and swear up and down that everyone is hating on her. You may even bring up comeback of the year fellow Diva Whitney Houston and degrade her. It's your job as fans to defend your Diva but I know you will know in your heart the truth.

The truth is that Mariah Carey has not been consistent since the early 90's and her voice is fastly deteriorating. It was very noticeable that her voice was on a decline in 1998. Still as Whitney proved just because your voice is on decline doesn't mean you have to settle for sub-par material. Especially not when you are a mega star of Mariah's magnitude. Maybe Mariah should consider bringing outside talent to help her craft quality songs. She needs to get back to songs like "Hero", "Vanishing" and the addictive "Emotions". None of these songs return her to that type of glory. The soundtrack of Glitter and Charmbracelet are much better albums than this collection of garbage.

Listen for yourself on billboard for FREE!
Posted by afreshmusic at 12:27 PM