MORNING CUP OF SOUL - LaToya London - Every Part of Me 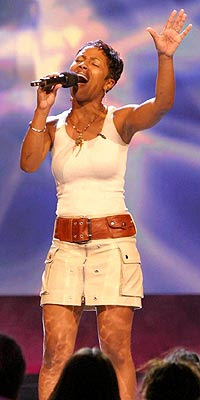 Former American Idol contestant LaToya London did something that few former contestants have done. Known as one of the 3 Diva’s (which included both Fantasia and Jennifer Hudson) on season 3 of American Idol. With the release of “Love & Life”, LaToya released a solid album with both solid production and writing.

However, it is my belief that the material was too mature for American Idol viewers which includes millions of potential music buyers. Unfortunately straying from the pop/top 40 music that she performed on American Idol meant sales of only 58,000 copies of her debut album. Yes that is 58,000 copies total.

With that said, "Love & Life" is one of my favorite albums from an American Idol contestant (not including winners). This is for the mature R&B lovers.

Posted by afreshmusic at 7:26 AM