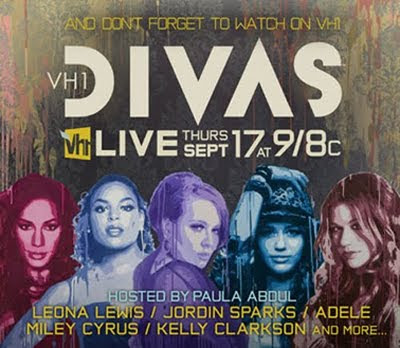 Oscar and Grammy Winner Jennifer Hudson proves to be the Grand Diva of the night. Jennifer starts the night off singing her hit "Spotlight" from her debut self-titled album. It was a solid performance for the big voice "diva" but Jennifer is at her best at ballads. Therefore, when Jennifer teamed up with the legendary writer, producer and singer Stevie Wonder on his mega-hit "All Is Fair In Love" she blew the roof off the place. With her signature belts and wails, while Stevie Wonder encouraged her to "Sing His Song" yelling it out a couple of times. Stevie never being shy on hitting the big notes himself, putting it out there for Jennifer to match and even top!

I'm sure most people were thinking, "Stevie isn't a Diva" but Stevie was a great duet partner and teacher for young Diva Jennifer Hudson. In my head I broke it down like this: Motown legend Stevie Wonder has witness Diva's from the very beginning of his career. Mary Wells, Diana Ross, Mary Wilson, Florence Ballard, Tammi Terrell, and Gladys Knight were all signed to Motown also. Stevie has also worked with Whitney Houston, Chaka Khan and the Grand Diva of them all The Queen of Soul, Aretha Franklin. This is a man that knows a Diva and OH MY he created a very special Diva moment.

There were other nice moments too. Kelly Clarkson and Mellissa Etheridge having a rocking good time. Leona Lewis paired up with 80's Diva Cyndi Lauper singing "Time after Time". Leona blessed with a birdlike tone to her voice. Swooping into notes that Minnie Riperton and Mariah Carey has built their career upon so easily. Cyndi gave us the first DIVA note of the night. Letting out a tasteful wail but Leona only responded with a birdlike croon. Not quite proving to be a Diva yet. Jordin Sparks teamed up with Martina McBride also proved to be a bore with Martina doing all the diva work. Jordin has the voice the match Martina note for note especially when it comes to the big notes but instead Jordin committed the ultimate Diva mistake. When Martina went for the big note which she hit with power, Jordin damn near taken back drops her mic (Not an actual drop to the ground) and claps. The mic drop happens when you remove the mic from your mouth. You can't call yourself a Diva if you are backing down from a vocal battle. Take note little Jordin Sparks!

*side note* Paula Abdul was her usual high/drunk/wacky self. She even performed a lip synch filled version of her hits. She proved she moves well for a 47 year old but only FOR a 47 year old. Damn near falling in those big heels. Which made my mom say "One song is enough Paula, don't hurt yourself please". Damn near pleading to the tv that Paula sit down and stop proving she still has it. As a big supporter of Paula, I was truly nervous for her and it seems like the performance would never end. I love you Paula but you're a dancing diva meaning you have a much shorter life span than the singing Divas. Nice try though *pats Paula on back*

The big disappointment of the night came at the end of the broadcast. There were NO Diva singalong. That is what made the Divas telecast of 1998 with Aretha Franklin, Mariah Carey, Celine Dion, Gloria Estefan, Carol King and Shania Twain. They all got together and sang "Natural Woman". The vocal battle went down in musically pop culture history. This is where the gracefully aging Grand Diva Aretha proved that she could still hang with any of the young Divas of the day. Where Celine Dion proved that she handle soul music and where Carol King proved she is a far greater writer than she is singer. Sadly, there were no singalong for the Divas of 2009. I was looking forward to a Jennifer Hudson and Kelly Clarkson vocal battle. I was looking forward to the look on Miley Cyrus face when Jennifer Hudson hits her signature belts and wails. We did not get these moments and the Producers of Divas ought to be a shame!

Posted by afreshmusic at 6:20 AM