Michael Jackson - This Is It - Movie REVIEW 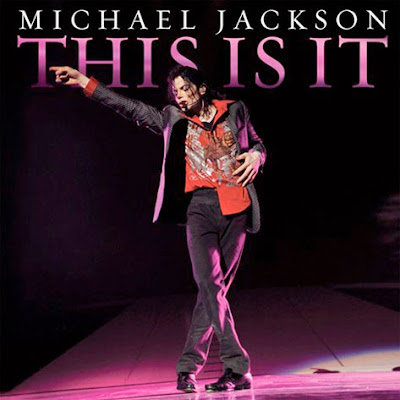 What we saw was Michael Jackson at 50 years old dancing better than dancers that could be his children. Singing strong and slipping into his one of a kind falsetto. Even while singing “I Can’t Stop Loving You”, you saw a little competitive streak in Michael. Michael insisted that he should be saving his voice but when his background singer gave him a note or a riff, Michael had to give it back. Not only was he doing it to be competitive, he just felt the music. That’s one of the keys to Michael and his performances; he always felt the music and encouraged others around him to feel it as well.

In the movie “This Is It” you will see that Michael was always in control. This marvelous performer was a creative genius and he had every detail in his head. You will see a perfectionist: Once a keyboardist asked Michael advice on the sound and tempo of what he was playing. He asked Michael how he wanted it and Michael told him, “I want it how I wrote it”. It was sharp and the movie theater lit up in laughter.

Michael Jackson surrounded himself with the top people too; the best band that could recreate every sound of his album and bring them to life on stage. I cannot stop raving about the dancers that he chose and yes you read correctly! Michael Jackson handpicked his dancers and lead dancers. That’s one of my favorite scenes of the movie is when Michael is choosing the lead female dancer to walk on stage with him. He knew right away from her movements that were as sharp as a sword through silk. He stated “that’s the one, she’s the one” and when you saw her on stage; you too knew that she was the one.

The verdict is an amazing film about an amazing man and amazing people surrounding him. The dancers, singers, the director and of course Michael Jackson. It will make you laugh, dance in your seats and marvel at the true genius Michael was. GO SEE THE MOVIE!
Posted by afreshmusic at 11:47 AM

Email ThisBlogThis!Share to TwitterShare to FacebookShare to Pinterest
Tags: Michael Jackson, movie, This Is It