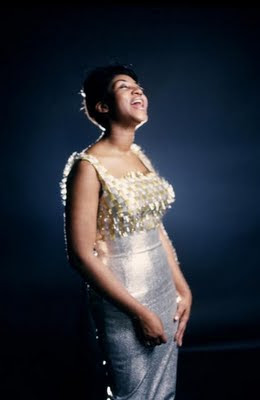 If you believe Aretha Franklin didn't get soul until she signed to Atlantic Records in 1967, you're a fool and this will change your view.

With the death of one of Aretha Franklin's musical idols, The Queen of Blues, Dinah Washington. The soon to be Queen of Soul in 1964 went and recorded an album dedicated to Dinah (Unforgettable: A Tribute to Dinah Washington). She covered such classic songs such as: Skylark, What A Difference A Day Makes, and God Bless A Child. The soul were just bursting through on Drinking Again but it came all the way through on "Nobody Knows the Way I Feel This Morning".

The future Queen was teamed up with a roaring organ and her voice roared like a lion. This is a classic recording.

Posted by afreshmusic at 9:23 AM