"Aretha: A Woman Falling Out of Love" expected 2010 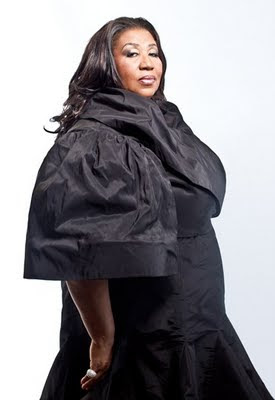 The legendary Queen of Soul, Aretha Franklin is getting ready to release a new album. The long awaited “Aretha: A Woman Falling Out of Love” is expected to be released early 2010. Aretha is world renown as a; Songstress, Pianist, Writer, Producer, Actress and now she’s adding record label owner. “Aretha: A Woman Falling Out of Love” will be released via her own independent label Aretha Records. This will actually mark her second release, the first being her preferred version of “My Country Tis of Thee” , the song she performed at the inauguration of President Barack Obama.
On “Aretha: A Woman Falling out of Love”, gospel superstar Bebe Winans, mega producer Gordon Chambers (Anita Baker, Beyonce, Whitney Houston) and Aretha herself all contributing as Producers.
The disc will feature 11 tracks with a special duet with another gospel singer Karen Clark-Sheard from the legendary “The Clark Sisters”. I’m sure that duet will be worth the purchase alone because Aretha always brings her A++ game on duets. Karen Clark-Sheard is no vocal punk either.
Posted by afreshmusic at 1:18 AM