Down To Earth Joss Stone "Who said that musicians have to be millionaires?" 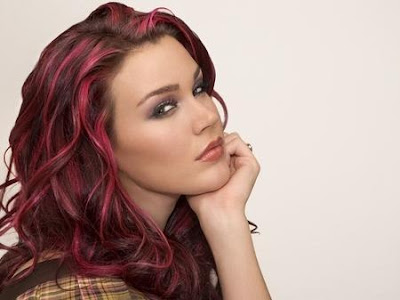 Young Soul singer Joss Stone is so down to earth and truthful. Joss Stone made a comment on Lily Allen retiring or quiting music because of illegal downloads. In Joss Stone eyes (mine too), Lily is more of a performer and not really a singer. This is what Joss said:

"She needs to sell records because she's not a singer, and that's not an offense to her because I think that she knows that too."

She goes on to say:

"I think she's a performer and she's more of a personality than she is a singer. But I think when musicians are really making real music people come to the show and that's what we make our money from, from playing live. And I think it's probably harder for an artist like Lily and any other pop acts. It's really about the track and about their personality and their celebrity and that's how they make their money is selling those records."

Joss goes on to say that she makes music just for enjoyment and continues to go on the state of music by saying:

"Who said that musicians have to be millionaires? Who made this a rule? We don't need that much money. We just don't. We only need enough to make music and to eat and to go on tour."

Joss Stone recently released her album "Colour Me Free" that she recorded live at her mothers live music bar. "Free Me" is a new song from off her album. Take a Listen!
Posted by afreshmusic at 6:20 PM