KEVON EDMONDS IS BACK AND MAKING YOU SAY "OH!" 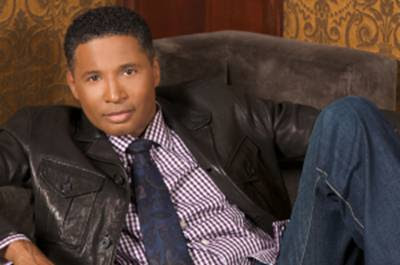 Yes today is the day that I'm getting you caught up with all the new hot music that is out. I have to credit my dad to putting me onto this song. Kevon Edmonds also known as the older brother to mega producer/writer/singer Babyface has a new album. The veteran singer/songwriter Kevon Edmonds is back with his sophomore album! Can you believe that this is only his second album? It was an almost ten year gap between the first and second.
Well, he's back and sounding better than ever. The project is titled "Who Knew" and features more hot music. This is pure R&B and it's smooth as hell! The bad side about the album is that it's on the short side. Running only about 30-33 minutes and you only get 10 tracks counting 2 interludes. :/
Posted by afreshmusic at 8:13 AM