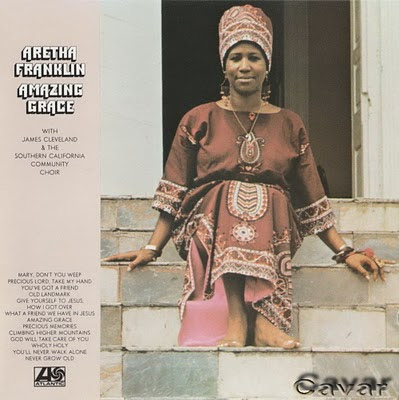 I know die hard Aretha Franklin fans know that the making of the “Amazing Grace” album was not only recorded live in the church of Rev. James Cleveland but it was also supposed to be a film. According to Variety: “More than 20 hours of 16mm footage -- vaulted away for 38 years -- are now being edited into a concert film that Warner Bros.”
The “Amazing Grace” album is Aretha Franklin’s greatest work and possibly one of the greatest Gospel albums of all time. When I read this story, I was left giddy like a kid on Christmas day waiting to open his gifts. To truly see the Queen of Soul in her prime and on top of her game will truly be a sight to see. I can’t wait!
Read more about it HERE
Posted by afreshmusic at 5:52 AM