Wishing Diana Ross was apart of the Grammy Tribute 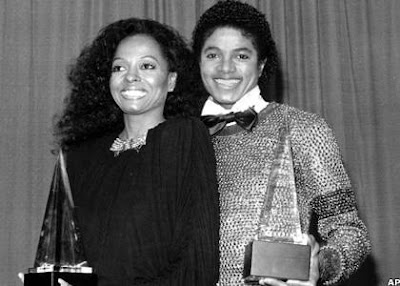 Everyone especially a Michael Jackson fan knows of the mutual love between Michael and Diana Ross. Talking with a follower on twitter @ItsJayRabBaby, we talked about how it would be amazing if Diana was a part of the tribute and other legends instead of some of the newer talent. I'm not going to name the person in question on the tribute because I think that person is amazingly talented. However, you can't help but notice that people like Madonna, Quincy Jones and Diana Ross is not a part of the Grammy tribute.

Here is a great video of Diana Ross performing her mega hit "Upside Down" when she ask a young Michael Jackson to join her. It's just an amazing video of two amazing performers. You can see the mutual love!

Posted by afreshmusic at 4:36 PM