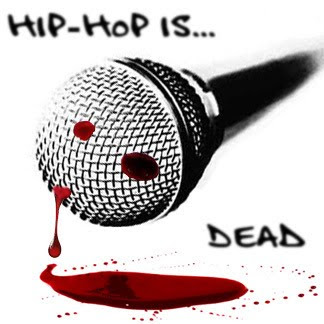 Look at Billboard’s top 10 hip-hop songs and you won’t even be able to lie to yourself. This is not the people’s Hip-Hop: How Low by Ludacris, Say Something by Timbaland featuring Drake, I Wanna Rock by Snoop Dogg, Money to Blow by Birdman? I could rest my case right there that this isn’t the People’s Hip-Hop.

You mean someone is talking about “Money to Blow” in this economy? You mean not one of these songs is addressing what is really happening in the streets. In the ghetto’s, the projects, the ‘hoods, they don’t have money to blow and the only thing they are thinking is “how low” will the value of their homes go.

This isn’t an attack on the entire Hip-Hop genre but this is a wake-up call to these millionaire rappers. To the rappers that have lost their connection with the inner cities from which they rose. You don’t have to live in the ‘hood to pay attention to someone else struggles and you don’t have to struggle in order to empower the struggling.

Hip-Hop came on the scene exposing the horrid condition of life in the inner city and giving the struggle of the 80’s a voice. They were loud, ghetto and rebels but they were real and they were talking about reality. Hip-Hop played the same role as Soul music played in the 60’s. It was the voice of the voiceless; it empowered the struggling and put a spotlight on a dimmed situation.

In the 1960’s they had songs: Respect, A Change Is Gonna Come, Woman of the Ghetto, Young, Gifted, and Black, and Mississippi Goddamn. The 1980’s had songs like: The Message by Grandmaster Flash, Children’s Story by Slick Rick, Fight the Power, by Public Enemy and Straight Outta Compton by NWA. We in the year 2010 can count on a remake of a 25 year old song with a group Rappers Delight type rap in it (We Are the World) as our most relevant song identifying people struggles.
Posted by afreshmusic at 7:49 AM