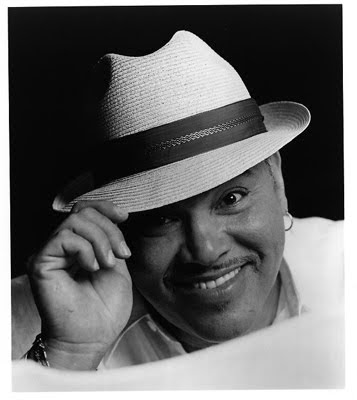 I don't usually like people to cover Aretha Franklin because most of her songs just can't be touched. Especially a song that she wrote or was written for her. Carol King wrote Natural Woman for Aretha and anybody that touches it ruins the song including Carol King herself. So many people try to do Respect and that's not even a song that was written for her. Which is why only 2 people can truly convey the meaning of Respect. That's the original singer and writer Otis Redding and The Queen Aretha Franklin.
Why am I saying all this? Well, this is a huge deal that I feature a artist that has covered the mighty Queen of Soul, Aretha Franklin. This is a song Aretha Franklin wrote for herself and she really did vocally put her foot in this song. One of my favorite songs of all time from the Queen.
Phil Perry doesn't try to sing it like Aretha (he couldn't if he tried) but he also puts his vocally foot in this sucker. It's jazzy with a great saxophone part thanks to Dave Koz and vocally this man is Phillip Bailey with more range! Just proof that great songs don't have to be full of cliches this song is simple "Call Me".

HAVE A GREAT FRIDAY!
Posted by afreshmusic at 1:20 PM