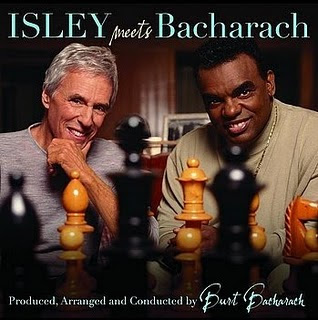 Who would have thought to combine Ron "Mr Biggs" Isley from the legendary Isley Brothers and Burt "I write great sappy songs" Bacharach? I don't know who came up with the exact idea but not only does it work but it works great! Ron Isley gentle tenor swooping into those heavenly falsetto notes paired with a perfectly lush arrangement that only Mr. Bacharach could come up with.
This song is from Ron's and Burt's album (Yes the have a full album together) "Isley Meets Bacharach: Here I Am".
Posted by afreshmusic at 7:30 AM