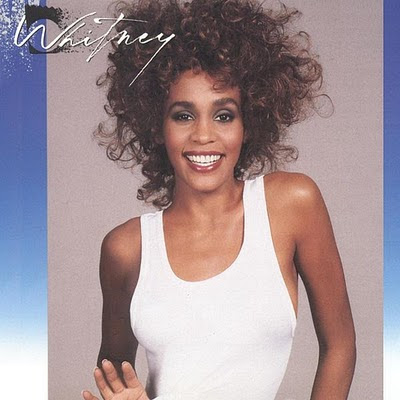 After her hugely successful self-titled debut album, Whitney Houston came back 2 years later and released the simply titled album "Whitney". She became the first woman to debut at #1, at the time released an unheard of Four (4) #1 Pop singles from the same album. This album also gave Whitney Seven (7) consecutive #1 Pop hits (a record she still holds).
"Just The Lonely Talking" was never released as a single and it's not Whitney doing her signature belts and huge notes or upbeat Pop songs. This shows a Quiet Storm side of Whitney. It shows the most beautiful tone that any singer has ever possessed. Effortless singing, a soulful connection, and an almost intimate look at Whitney.
This album includes the hits: I Wanna Dance With Somebody, Didn't We Almost Have it All, So Emotional, Where do Broken Hearts Go, and the #9 pop hit Love Will Save The Day.
One listen to "Just The Lonely Talking" and you will know that while Whitney didn't possess the soul of Aretha Franklin or Gladys Knight, Whitney had soul!

*Random Fact* Written by Sam Dees and originally performed by the Soul group The Manhattans in 1983
Posted by afreshmusic at 5:44 AM