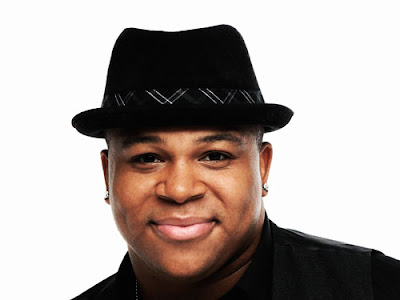 Ryan Seacrest said on the start of the show that they had a big shocker! The big shocker was that Big Mike Lynch was in the bottom 3. Not only was Big Mike Lynch there but so was Andrew Garcia (who I thought should have been long gone by now) and wonder boy Aaron Kelly. Aaron Kelly was the first to be saved and then here comes the biggest shocker!! Andy Garcia was safe and left Big Mike Lynch to face elimination.
Remember American Idol fans, that the judges have 1 save that they all have to agree on. Big Mike Lynch chose to sing Maxwell's "A Womans Worth" and he was terrible but the judges all agreed to save him.
This is actually not a big shocker at all but more of the false promises American Idol viewers are use to. I predicted everything that would happen on twitter. By the way follow me on twitter if you don't like to watch American Idol alone twitter.com/afreshmusic
I will be glad when both Andrew Garcia and Big Mike Lynch goes home and with the use of the judges save, I'm a step closer to my wish. I know many people think that Big Mike has one of the best voices but they are wrong. He does uses what he has well but he is far from the best voice. When I listen or look at him I just think of a artist that has no direction and is lame. Andy Garcia just isn't good especially not with a band. If he can do everything in a more acoustic setting, he'll be better.
*Side Note*
Rihanna performed and she sound absolute horrible. She makes Beyonce sound like Gladys Knight and you know that is something coming from me. When I compliment Beyonce on something more than her physical, that's what I call a shocker. Rihanna comes out in this Goth/Adam Lambert type Football pads and terrible singing. She prances and hit several bum notes. The End.
Posted by afreshmusic at 9:02 PM