Leona Lewis & Jennifer Duets on "Love Is Your Color" 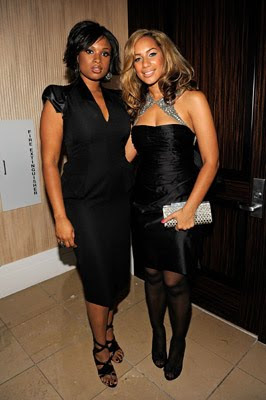 Here is a new song by X Factor winner Leona Lewis and Grammy and Oscar winner Jennifer Hudson. “Love is Your Color” is on the soundtrack of the new “Sex and The City” movie which will also feature “New York State of Mind” by Alicia Keys.

“Love is Your Color” sounds like a take on Cyndi Lauper’s “True Colors”. Leona starts it out in her tender falsetto while letting her signature birdlike tone show. Jennifer lends some hearty Soul and power to the song. With two dynamite voices the song never really goes anywhere. Its like the song never builds quite enough or maybe its that the song sounds so recycle that it can’t take off. Also weighed down by the fact that is lacks real meaningful lyrics. With that said I’m sure it goes well with the light hearted nature of the “Sex and The City” movie.

Posted by afreshmusic at 1:58 AM