Whitney Houston: From Pop Diva to Diva in Distress 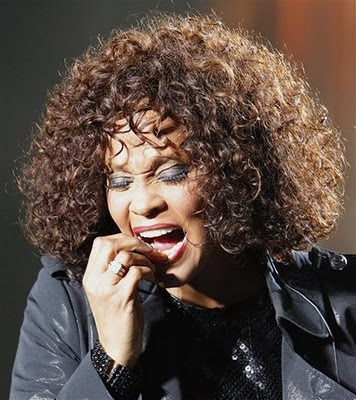 I’m not a person to kick a person while they are down but I’m also not a person to tell someone what they want to hear. Once famed for her awe inspiring voice, an angelic tone, and power like a Gospel superstar: Whitney Houston was THE Pop Diva! Whitney could do it all and do no wrong. Not only did she have a wonder voice but she had the model good looks in fact she started her career doing just that! Whitney then became a movie star with starring roles in “The Bodyguard”, “Waiting To Exhale”, and “The Preachers Wife” and all with banging soundtracks. She remade a classic country ballad into a international Pop hit with “I Will Always Love You”. She gave us one of the best R&B soundtrack with “Waiting To Exhale” and she took us straight to church on the soundtrack of “The Preachers Wife”.

Fast forward to now: Whitney Houston on her comeback tour. I could just end it right there. We’ve all seen the videos of her performances on her overseas tour. Luckily she’s performing overseas and not here in America, where not only the media would eat her alive but so would the concert goers. We all know her past problems with drugs and a long abusive marriage. She gave us chills when she sang songs of love and we cried with her as she told her real story of heartbreak and abuse on Oprah. Many people bought her comeback album and heard a different Whitney from what we remembered but we still lifted her up.

On Whitney Houston newest album “I Look To You”, we heard a different tone and less power but we also heard more soul and feeling. Gone was the classic Whitney high notes but what was gain was these incredible darker tones in her voice. On her name alone “I Look To You” debuted on the top of the charts. The album however has still yet to deliver a true hit single.

Back to her on the “Nothing But Love” tour: she sounds worse than anyone could have ever imagine her to sing. She once graced the stage but now she at times look intoxicated. Whitney was once a slender beauty but now she has a middle aged belly that many are mistaking for pregnancy. It looks more like a beer belly to me. She once effortlessly hit notes into the stratosphere but now she struggles to sing a line without clearing her throat. Her voice is heavily damaged from the cigarettes, drugs, and alcohol. Of course nobody expects her to be able to hit every high note at age 46 but she’s not old enough to blame this all on age. Now instead of Bobby Brown abusing Whitney Houston and Whitney Houston abusing her voice, she’s now abusing concert attendees ears across the globe.

Before I’m attacked by her strong and supporter fans across the world, let me say this: I’m one of you. I’m a huge Whitney Houston fan and unlike me I tried to ignore and avoid blogging about her. A fellow blogger asked me to write an open letter to Whitney but I told her I wouldn’t and couldn’t. I tried to get her to do it but I assume it was as hard for her as it was for me. I’m a fan and a huge supporter of Whitney but I also have ears and I believe a duty to tell the truth on The Fresh Music Page. My readers come to read my honest opinions.

You can read more of my honest opinions on twitter @afreshmusic and I also do a weekly Pop Culture and Current Affairs post on www.thecubiclechick.com