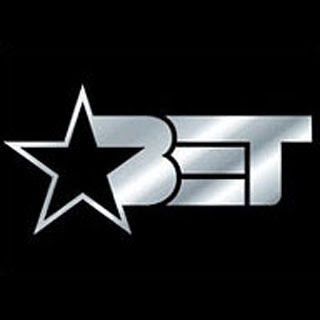 Kanye West started the show, rapping on a mountain top (Martin Luther King Jr?). Some on twitter commented that he was coming on the show with songs people don’t know. He was rapping “Power” and actually delivered a boring performance. Which is shocking to me because he usually delivers exciting and interesting performances.

Queen Latifah was the host of the show. Doing a little musical monologue which was kind of funny. She really did do a good job. Even bursting out some of her rapping skills. I think she’s the best host of the BET awards, although I can’t remember any of the past hosts.

Bet did something different on the nominations. They showed the artists baby pictures. I have to say it caught me off guard when they first did it for the Best Female R&B award. I was like “Harpo, who that baby?”.

Usher performed coming out looking like it was a punishment for marrying that old woman or something. Of course like always Usher brought it and was very solid in his performance. Nicki Minaj won an award for Best Female hip hop artist and during her acceptance speech, I’m not sure if she was trying to treat her mom or Bet. Stating that her mom didn’t know what channel the BET awards came on. Maybe it’s just me but Nicki Minaj has to be one of the most annoying “artists” out there. She had bright red hair like Bozo the clown and she constantly talks in and out of this made up accent. What’s the appeal of her? She makes me vomit in my mouth.

T.I performed and I’m going to be honest, I never know how to judge a rap performance. Credit to him for performing with a live band. Complete with guitars and minus a group of random people on stage. Nia Long and Larenz Tate came out doing a Love Jones skit. All I know is Nia Long is sexy as hell. Oh wait this isn’t music related. Well the BET Best Male Award went to Drake (not a person I like but a lot of you do.).

Alicia Keys performed a medley of her hits. Reminding me of the book “The Scarlet Letter”, ya’ll know she a home wrecker but that’s still my girl. She went from bad vocals to decent vocals but got taught some lessons when she brought out Kim Burrell for a small duet. Alicia finally got into her newest hit “Un-Thinkable and performed nicely with lots of background. The baby bump was very noticeable and maybe that’s why her vocals aren’t too hot.

Keyshia Cole comes out with a bad note performing with B.o.B. She’s back after dropping that baby, she’s still destroying every ear in hearing distance. She was really bad and like always you couldn’t tell her she wasn’t blowing. Eminem comes on the stage looking like a meth addict but he was putting it down.

Monica comes out on the stage after Eminem clears and straight blows. She can teach both Keyshia Cole and Alicia Keys some things. Brings out old school artist Deniece Williams who Monica heavily sampled her song “Silly”. Deniece Williams is old school and I love her but her vocals were extremely strained. Monica put it down showing some very impressive vocals that made Deniece Williams say “Sing baby”. Hated that they made Monica and Deniece Williams present an award after performing. Damn near disrespectful but I guess they wanted to keep the show moving.

Diddy performs with his cheerleaders aka Dirty Money. It was pretty bad but the good thing is that we couldn’t see him because the fog machine made that impossible. Nicki Minaj comes on stage with Diddy also having a problem getting out of the fog. Extremely poor production on BET part.

Drake performed. Trey Songz won for best R&B Male performer beating out Maxwell who I thought had the best chance. A random performance by El Debarge and he put it down which makes it even more odd. Singing “All This Love”, “I Like It”, and sitting at the keyboard to croon “Love Me In A Special Way” and went into the Debarge classic “Rhythm of the Night”.

A tribute to Gary Coleman and Lena Horne. Brought out Tyrese for a nice musical tribute to Teddy Pendergrass and let me tell you Tyrese put it down! A Gospel Sing-along provided by some of the top names in Gospel music. Kirk Franklin, Fred Hammond, Kim Burrell, Yolanda Adams, Marvin Sapp, and Karen Clark Sheard. John Legend was awarded the Humanitarian Award.

Trey Songz proved that he can’t sing. Gave a tribute to Prince singing “Purple Rain” and it was funny because the boy can’t sing at all. Ray J and Trey Songz are vocal twins and that’s sad. Janelle Monae performed and it was so weird that Prince looked at her weird. Alicia performed but she was still hit and miss with her vocals but she did add some A list star power to a rather dull and D list tribute. Miss Patti came on the stage looking like a drag queen with the makeup but she did do her thing. That woman is 67 years old and none of the young girls can touch her stage presence or hell even her big notes.

The bad thing about this show is that it was so long, just like this review.
Posted by afreshmusic at 10:14 PM