My Views on Music & Life by Demetrius "afreshmusic" Williams

These are my opinions and you can agree or disagree freely without worrying about being attacked. 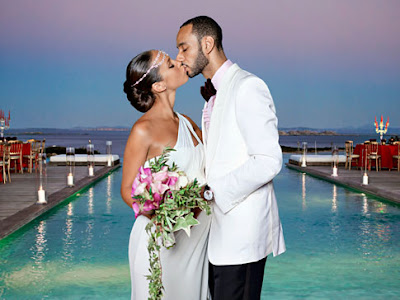 Alicia Keys got married and I still view her as a slut. Her husband Swizz Beatz finally got divorced but it came after months of his affair with Alicia Keys. I don’t care if him and his wife were separated. One thing I was taught is married means just that, married. You don’t mess with married people. With that said, it does not change my views of her music. She’s still one of my favorites.

Eric Benet new song “Sometimes I Cry” is my absolute favorite current song. At the ending of last year I wrote about how Eric Benet is one of the most successful underrated artists of the decade. Hopefully this new song and his soon to be released new disc will get him more spotlight.

While on a road trip I recently heard John Legend and my girl Melanie Fiona covering the classic Harold Melvin and The Blue Notes “Wake Up Everybody”. It was horrible and the worst I have ever heard Melanie Fiona. Her voice sounded forced and I mistakenly thought it was Keyshia Cole. John Legend was boring and together they brought nothing to the classic song. If you can’t bring anything new to a song, you should leave it alone.

Lady Gaga is an idiot. Any reader of this blog know that I have high respect for Lady Gaga as an artist. I think she’s both talented and interesting. With that said I read an interview (via Rolling Stone) where she says she uses drugs. She went on to say that she doesn’t condone or endorse her fans to use drugs. Personal message to “The Gaga”: Dear Gaga get some professional help or you will be the next has-been celebrity on Dr. Drew’s sober house.

Well that’s it for my opinions on music & life. Until next time: stay fresh people!
Posted by afreshmusic at 11:12 AM