Morning Cup of Soul - R Kelly - When A Woman Loves 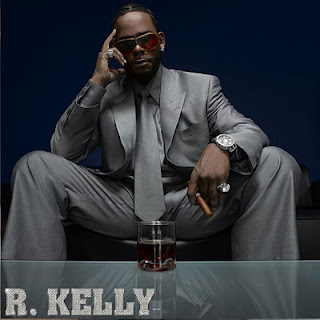 When I first heard the title of R Kelly's newest single "When A Woman Loves" it made me think of a very boring song by Patti Labelle of the same name. Which of course gave me this negative reaction to the song. I just didn't want to hear it. Well I finally gave it a listen and you should too.

I have to admit R. Kelly can hardly do any wrong (musically) to me. I am a big supporter of "Kells". The man is a modern day musical legend. He truly is but I was rather disappointed in his last album release "Untitled". With this new song "When A Woman Loves" he's returning to a more mature sound that he developed with "Step In The Name of Love".

In the video R Kelly channels the smooth style of David Ruffin of The Temptations. From the clean cut suit to the black framed glasses. The song puts you in the mind of Otis Redding and Al Green. The only negative about this song is at times it seems forced. Slightly over-dramatic, it doesn't have that natural flow that a Otis Redding or Al Green song does. With that said I do love his mature return and focus. Can't wait until the album: "Love Letter"

Posted by afreshmusic at 9:10 AM